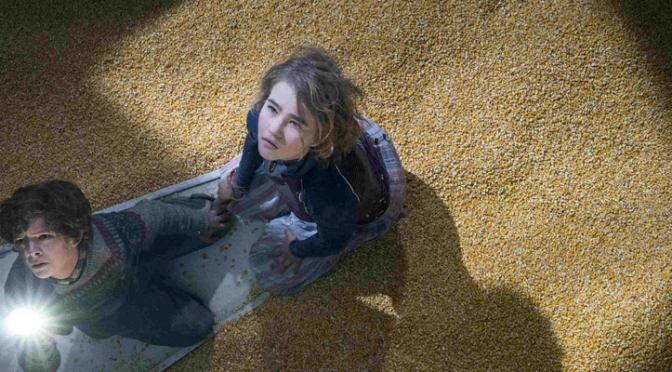 A Quiet Place (dir. John Krasinski, 2018) – A small family is forced to live in silence and in hiding from sound-sensitive monsters with no seeming weaknesses.

Beautifully written, A Quiet Place exceeds scares in its presentation of humanity as hope in face of monsters.

The absence of sound assuredly builds anticipation towards sudden terror, and has conceptually works wonders for the horror genre over recent years. In the vein of Hush and Don’t Breathe, A Quiet Place relies on artful sound design for the conjuring of effective tension, without overly relying on cheap jump scares.

The brilliant opening sees the Abbott family gathering supplies in silence, their young children in tow. Trepidation turns hearts into sledgehammers, with each crease of plastic and knock-over of cans posing a fatal threat. Simply by implications, the audience is made cognizant of how every little move could make the softest of noise. 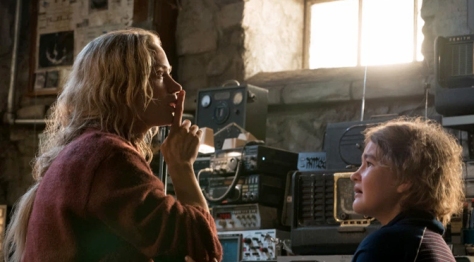 Their knowledge of sign language – because of their deaf daughter Regan (Millicent Simmonds) – is what keeps them alive in the silent world. But things were not going to be easy. Lee (John Krasinski) struggles to seek answers to the monsters’ weakness, with his pregnant wife Evelyn (Emily Blunt) days away from labour; a quiet birth of a newborn is going to be near impossible.

Problems compound, with the family still trying to move past their grief over a traumatic accident. The young Regan suffers survivor’s guilt, which has put as much blame on herself as it has a strain on her relationship with her parents. Millicent Simmonds delivers this crux of the story in understated heartfelt terms, one that ultimately delineates her father’s unconditional albeit unspoken love for her. 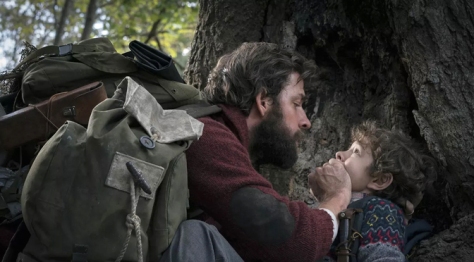 Profundity in the horror genre is not as rare as one may think, but it is much appreciated in a mainstream effort like this. In his moving directorial debut, John Krasinski proves himself more than Jim Halpert in his outstanding turn as director, writer, and actor. He also shares evident chemistry with real-life wife Emily Blunt, and their credible instinct to defend their children impels one to root for them when all seems forlorn.

As much as the film will be revered for its effectual monstrous horror, A Quiet Place knows itself to be much more than that. Delving into the meaning of humanity, the affecting story finds heart in defining a family’s steadfast protection of one another at all costs, because of their love for each other – even if left unsaid.