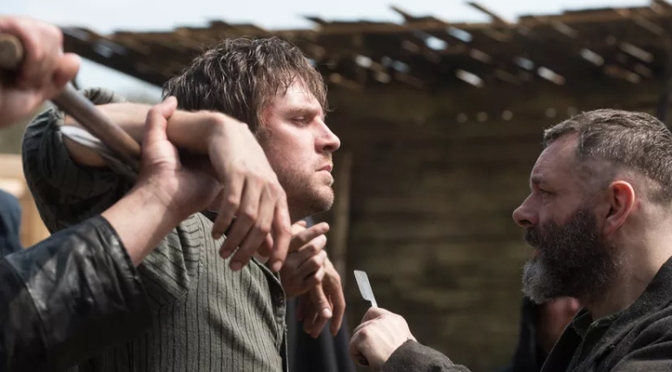 Apostle (dir. Gareth Evans, 2018) – Thomas Richardson travels to a remote island to rescue his sister from a religious cult, demanding a ransom for her safe return.

Ostensibly to do with the supernatural in its grim mythology, Apostle concerns itself more with the devious nature of Man in their acts.

Writer-director Gareth Evans may be best known for his choreography-driven craft in The Raid and Merantau. But his latest venture is an altogether different beast. Abandoning the high-octane action that defined Evans’ early career, Apostle contrastingly keeps its pace steady with patience, and prowls with quiet intensity.

Following a brief exploration in anthology V/H/S 2 (‘Safe Haven’), Evans’ first true step into horror cinema marks a deeper foray into the subject of pagan cults. The suspenseful genre feature comes in at a little over two hours. Not a second feels extraneous, continually building a palpable sense of dread. 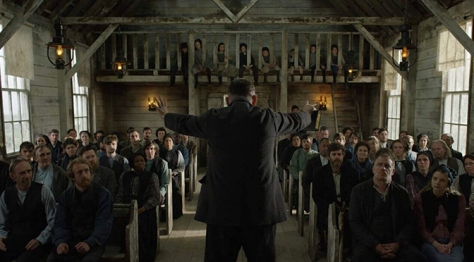 Anxiety heightens as each moment passes. There is no telling of what shall befall Thomas Richardson (Dan Stevens), who infiltrates an isolated cult he knows little about. Far from civilisation, his mission to save his sister is one of unknowns and danger under the watchful eyes of cult leader Malcolm Howe (Michael Sheen).

Menace further mounts in the settlers’ perturbing rituals of bloodletting for a mysterious goddess, who promises fertility in trade of sacrifices. Slivers of truth in what appears a myth slowly unveil in unsettling terms. There marks a clue to the fates of those who wield unwelcome secrets, and Richardson is not the only one.

Calculatedly restrained, Apostle makes for devilishly compelling horror that distances itself from potential schlock, sharing closer resemblance to Robin Hardy’s cult classic The Wicker Man and Christopher Smith’s underrated Black Death. Gareth Evans finds his own voice and shows tremendous creative ambition in his exploration of the perils behind religious dogmas. His narrative boldly crosses between occult fable and harrowing reality, the latter of which brings dark foreboding.

What few violent acts there are, exist out of necessity to the story rather than for the purpose of gratuitous shock. There is much to learn in how the cruelty often comes of the deceptively mild-mannered men, who play God and define sins in their own terms.

While the finale is bound to impress and entreat interpretations, it is the unflinching imagery of a nasty purification rite that sears the deepest of all. In the horrifying sequence of a shocking death, Apostle deeply perturbs in its cynical and unsubtle display, of how a sacrifice-demanding deity may be entirely unmatched by the evils of Man.