2018 would be incomplete without a look back on some of the most stellar movies of the year. Blessed be the filmmakers who have produced something brilliant for everyone, be it for the good ol’ cinema or Netflix, the wondrously odd or the charmingly conventional.

At the time of writing, I have not had the pleasure of seeing Alfonso Cuarón’s Roma, which I have a feeling that I would enjoy tremendously. Regardless, here goes a quick countdown of what I have seen and liked.

10. The Ballad of Buster Scruggs (dir. The Coen Brothers)

Anthologies are often collections of hits and misses, but not The Ballad of Buster Scruggs. The Coen Brothers deftly binds the six distinct chapters on the western front with the consistency of their signature dark humour, topped with a familiar dose of cynicism.

As the pages turn, light absurdity shifts into bleak tragedy and sudden violence, all underscored by Carter Burwell’s stirring score. In what would certainly dismay the optimistic crowd, their tar-tinted lens reveals more about human nature than we wish to admit, drawing in the ones who care to know. 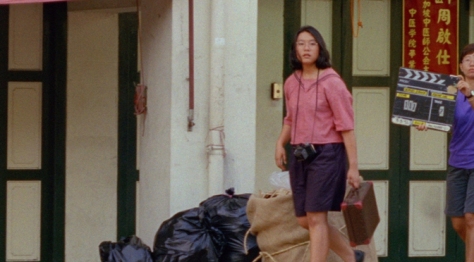 More Singapore-made films are starting to meet international audiences of late, including Boo Junfeng’s Apprentice (screened at Un Certain Regard section at Cannes) and Kirsten Tan’s Pop Aye (the first Singaporean entry at Sundance). Now, Sandi Tan’s Shirkers has deservingly made local history by being shortlisted for the Academy’s Best Documentary Feature.

Critically acclaimed at Sundance, the documentary ironically tells of Sandi and and her friends’ shattered Hollywood dreams. As teenagers, they had dreamt of being the next Coens in the film industry. But they instead become the disheartened characters of their own mystery, where an enigmatic director stole their young ambitions and left them with decades of unanswered questions. 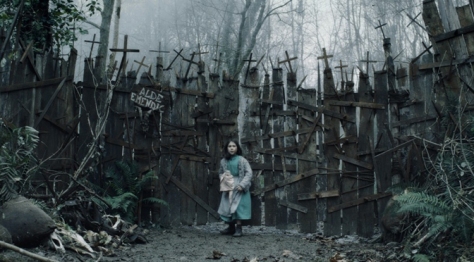 In Errementari, a reclusive Blacksmith becomes the victim of a witch hunt after a young girl goes missing. Little did they know that he was only protecting her – and the town – from a demon on the loose. Don’t let the Devil fool you. The scarlet-skinned creature may hint at campy, but the distinctive style elevates this dark gothic film way above the usual shallow retelling of a children’s folktale.

Bearing the aesthetic and atmospheric echoes of Pan’s Labyrinth, the Basque fable would not feel out of place alongside Guillermo del Toro’s unforgettable creations. There are morals to be learnt and above all, dark humour to be enjoyed. Chickpeas will never be the same again. 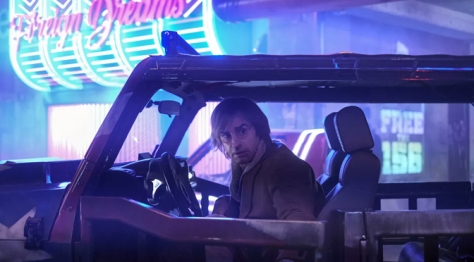 Mute centres on a lone bartender Leo (Alexander Skarsgård), whose girlfriend Naadirah mysteriously vanishes into the night. He goes on in search for her and uncovers more secrets than he bargained for, while under threats of the disturbingly unpleasant Cactus Bill (Paul Rudd).

The whole world could call the film rotten, and I still wouldn’t hesitate to call this deeply evocative piece a favourite. Despite its Blade Runner-inspired landscape and hovercrafts, Mute is at its core a thoughtful character-driven neo-noir that happens to be set against a futuristic backdrop. One of visual splendour, at that. P.S. Any chance of a Moon sequel in the courtroom, featuring Sam Rockwells as Sam Bells? 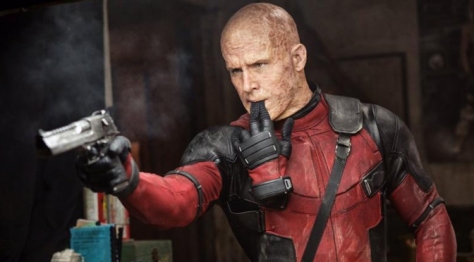 There is a thin line that separates Ryan Reynolds and Deadpool. Time has erased it. All that spells good news for us as the Canadian superhero proudly rises in place of the now-missing Van Wilder star. That’s right, Fox has scored themselves a real-life superhero, fighting hard for cancer and the much-maligned Nickelback.

Granted that it is for a charitable cause, the family-friendly Once Upon a Deadpool has nothing on the censorship-free Deadpool 2, which is itself a superior sequel to the original anyway. Sometimes, the blood and cursing matter. (review)

On My Skin retraces the last seven days of Stefano Cucchi, a young man who was arrested for a minor crime, then found dead during his detention. Suspicions of police brutality led to nationwide protests, and continue to make waves after the acquittal of the officers purportedly involved.

Nine years on, the case continues to make an impact through Alessio Cremonini’s raw film portrayal. Suburra‘s Alessandro Borghi captures Cucchi in his harrowing transformation from a fearless young man to a helpless shell without hope, sounding an emotional and strong protest against systemic injustice of his and many others.

Who knew that Jim Halpert does horror as well as he does comedy? As one of the biggest pleasant surprises of this year, John Krasinski of The Office fame turns in one of the most intense and gripping works in the inundated thriller genre.

A triumph in sound design, A Quiet Place embraces the absence of sounds, save for that of the natural environment and subtle movements. Where every sound is purposeful, the carefully designed movie sucks us deep into its world of dangerous and monstrous threats, urging silence upon both the characters and audiences on the edge of the seats. (review)

To save his sister, Thomas Richardson (Dan Stevens) infiltrates an isolated cult that he knows little about, only to put himself in fatal danger. While brutal in parts, Apostle is a far different venture from Gareth Evans’ usual works of underworld violence.

His latest work has much more to say and less to excite the senses, resembling Robin Hardy’s The Wicker Man more than it does, The Raid. Putting the cruelty of mob lynching led by blind followings on display, the grim fable forces quiet introspection into the evils that some men do. (review) 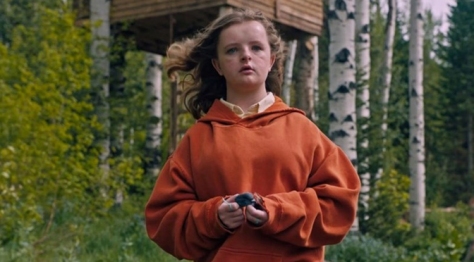 All is in the details, where Hereditary foreshadows tragedy in cleverly constructed scenes that discomfort in retrospect. Where every choice is deliberate, director Ari Aster makes a stunning directorial debut, blindsiding audiences with his usual dark leanings and steering the story in unexpected directions.

The uncertainty between real and imagined fears compels, made convincing by the impressive cast. It is easy to feel for the Toni Collette’s helpless protagonist, unable to escape the unending manipulation of the people around her. (review)

Following Never Let Me Go and Ex Machina, Alex Garland continues his streak of captivating cerebral films with Annihilation that inspires awe in every turn. Not just a visual wonder, the sci-fi masterwork dexterously captures the self-destructive tendencies of Man, by drawing parallels to the Shimmer’s ecological destruction.

Credit also goes to Jeff VanderMeer, who is rapidly becoming one of my favourite authors. Like Garland, he sustains an unsettling atmosphere with his fine prose in the heady Southern Reach trilogy, leaving much about human nature to ponder upon. (review)

Thanks for making it to the end. Before I leave for a short break, here’s wishing you a very happy Christmas and a merry new year in advance. Do share your favourite films with me, and I will play catch up soon as I am back in January.

While I am away, my year-end music posts will be scheduled for your reading pleasure/pain. See you next year, dear friends on the Internet.