After leaving reviews on Goodreads for some time, I have decided to do a monthly round-up on this blog. So here’s me trying to keep up with my reading goals, life in the way and all. 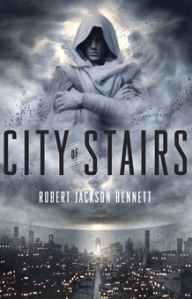 “The Divine may have created many hells, but I think they pale beside what men create for themselves.”

Old Gods return to the ravaged lands of Man in the epic fantasy, City of Stairs. Robert Jackson Bennett presents a rich introduction to a divine universe, built on the charm of ancient magic and thrill of conspiracies. Exposition works to its full advantage. Readers are able to immerse entirely in the fascinating knowledge of its rules, politics, and theology.

The sprawling novel seldom slows. Buried secrets spill out of a murder investigation, before biblical mayhem ensues. A cast of personalities charm, though some deserve more than what they got. More is to follow with two more chapters remaining in the trilogy. Consider me intrigued enough to follow. 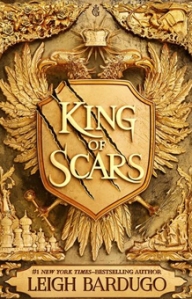 “Nikolai had been told that hope was dangerous, had been warned of it many times. But he’d never believed that. Hope was the wind that came from nowhere to fill your sails and carry you home.”

Our long vacation away from the Grishaverse has not undone Leigh Bardugo’s compelling characterisation or her creative world building. Of the Shadow and Bone universe, Nikolai Lantsov of Ravka had always stood out as a character with gripping stories yet untold. King of Scars proved so.

This is not an unfamiliar tale of a man confronting his demons within in both literal and figurative terms. Despite the predictability of it all, the band of personalities makes every page well worth the time. 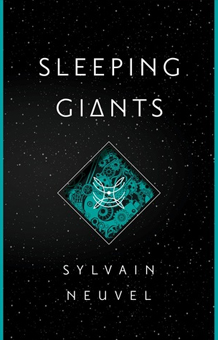 “If you’re using bombs instead of words, that means you’re banking on people giving you what you want out of fear instead of reason. That’s never a good sign.”

So I did read The Themis Files last October, but I refuse to let technicalities stop me from recommending this. From the discovery of a giant hand to an accident that ignited global turmoil, this is the finest sci-fi trilogies I have read in ages. Author Sylvain Neuvel brings to life gripping warfare first between alien and man, then amongst men.

The format of grounded interviews, broadcasts, and logs echoes World War Z. Its stronger influences however come from Japanese mecha works, teasing stunning set pieces on screen. An intimate familial affair adds to the moving work, despite an aggravating teenager in their midst.

Where the novels truly shine is with their timely commentary on our deeply flawed society. It unfortunately resembles a real world warning, given how much the fictional crumbling society mirrors our own. 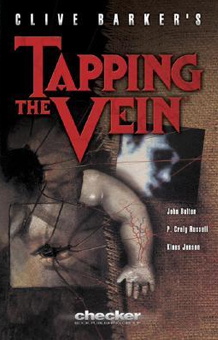 Tapping the Vein (by Clive Barker and various artists, 2002)

In his belly maggots warmed themselves; in a vixen’s den the good flesh of his thigh was fought over. After that, it was quick. The bones yellowing, the bones crumbling: soon, an empty space which he had once filled with breath and opinions.

Books of Blood is a work of art. From the disturbing Pig Blood Blues to the bizarre In The Hills to Cities, the horror Clive Barker creates is like no other. There is no better way to experience the classic stories than through his own words.

Comic adaptation Tapping The Vein nevertheless offers the opportunity for fans to revisit some of his best – through visuals. Beautifully illustrated, this is one for the collection.