October wasn’t just about the films. I managed to finish some books, including last month’s read I Am The Messenger, which delivered some much needed optimism in tougher times.

Of course, the Halloween season couldn’t end without some horror novels in the mix. Here are my library picks of the month.

Why can’t the world hear? I ask myself. Within a few moments I ask it many times. Because it doesn’t care, I finally answer, and I know I’m right. It’s like I’ve been chosen. But chosen for what? I ask.

Ed Kennedy is a 19-year-old cab driver without much hope and thought for his future. That is until playing cards arrive at his doorstep. On the cards are cryptic cyphers that reveal to him names and addresses, only to leave him to figure out what his mission is with them.

It isn’t easy at the start. But once he finds the strangers on the cards, he learns just what to do. He talks to them. He gives them a little push. He changes their lives with deceptively simply acts and in doing so, changes his own.

Just who is the Messenger giving him purpose? Therein lies an interesting twist. The most striking takeaway is however in how Ed’s story is the Message to us, showing how even the ordinary can live beyond what they are capable of, if they choose to.

Ideas. I’m possessed by ideas. Ideas that are as old as humanity, maybe older, right? Maybe those ideas were out there just floating around before us, just waiting to be thought up. Maybe we don’t think them, we pluck them out from another dimension or another mind.

When Marjorie starts sharing the macabre stories and voices in her head, her father worries that it may be more than mental illness at work. He turns away from science towards faith, calling a Catholic priest for help. The prescription? An exorcism, along with the paycheck of a reality television crew.

Marjorie’s younger sibling Merry is the narrator, retelling her family’s true story in her two perspectives. That of her as a 8-year-old in her past memories, that of a 23-year-old her in her present reflection. She reveals how the exploitative nature of reality TV drew darker demons out of her sister, while allowing the ones around her to suffer the same.

A Head Full of Ghosts isn’t terrifying solely because of the supposed hauntings and eventual exorcism, though the scares are indeed vividly written. The real fear lies in how misplaced beliefs can send one tumbling down a downward spiral, causing more harm than any supernatural forces could possibly do.

Things We Lost in the Fire (Mariana Enríquez, 2017) 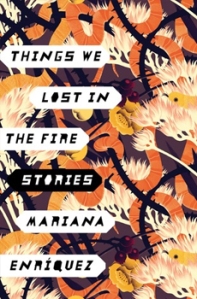 Burnings are the work of men. They have always burned us. Now we are burning ourselves. But we’re not going to die; we’re going to flaunt our scars.

From malevolent idols to stolen skulls, the anthology Things We Lost in the Fire uses supernatural elements to tell powerful stories about the vivid horrors of reality. They are often morbid and nightmarish. But even as the visions become surreal, themes remain grounded against the backdrop of changing Argentinian politics.

Many chapters see how turning a blind eye can worsen the fates of the neglected. Others deal with domestic abuse against women, from subtle gaslighting to outright physical attacks. Unfolding through the eyes of women, these stories probe deep into the hurt that they face each day in society, both seen and unseen. 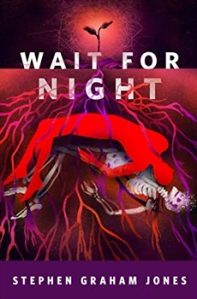 It wasn’t Burned Dan watching me, but I was right about the dead: there was a pale white skull locked in the tangle of roots and dirt that hadn’t seen sunlight for… since this tree was a baby, right? I fell back, pushed farther away with my heels. The skull just stared, kept staring, its jaw loose below it, just connected on one side.

Of all the rituals to summon the dead, greed is the worst of all. Wait for Night may be fewer than 20 pages, but it tells a more vivid and original tale than most horror novellas. This short reminds me of why I love Stephen Graham Jones – for his effective and memorable writing.

Those were my book choices for October, though the spooky reads never really end for this horrorphile. I am just ten chapters deep into Stephen Graham Jones’ latest venture The Only Good Indians and my blood has already run cold.

Don’t get me wrong for that was definitely a compliment. I do embrace the scariest horror stories. Do send your recommendations my way and I will be forever grateful. x 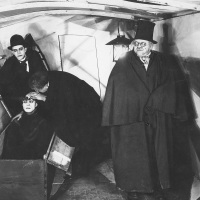