Metal Lords (dir. Peter Sollett, 2022) – Two high schoolers attempt to complete their death metal band with a cellist ahead of the upcoming Battle of the Bands.

In 2003, the School of Rock made its name. Guitarist Dewey Finn, while impersonating a substitute teacher, put together a band of talented high school musicians and turned their classical training into rock fuel in weeks. Despite his initial self-serving intention to win the Battle of the Bands, he soon inadvertently brought out the best in them. The coming-of-age masterwork remains celebrated almost 2 decades later today, cementing its place as an all-time best for many.

At first glance, Metal Lords seems to mirror the Richard Linklater film like a spiritual sequel, only for a heavier genre. The competition this time comes down to high school duo Kevin (Jaeden Martell) and Hunter (Adrian Greensmith), the founders of experimental death metal band Skullfucker. The only trouble? They are missing a bass player, and they aren’t exactly the most popular kids in school.

Against Hunter’s wishes, Kevin attempts to recruit cellist Emily Spector (Isis Hainsworth), who shows talent for playing by ear and interest in metal, and whom he also starts to become interested in. The disagreement soon drives a seemingly irreparable rift between the two boys.

From there, Metal Lords drums to its own blast beats. Writer D.B. Weiss’ love for the genre is clear from the screenplay’s trove of references. More credibility comes with the involvement of Tom Morello, who joins the film as executive music producer. The RATM/Audioslave legend also ghostwrites Machinery Of Torment for the band, who bring their own verve to the spirited thrash anthem.

From soundtrack selection to inclusion of amusing metal god cameos, there is plenty to spot for the moshers. The crew’s commitment to the metal genre is commendable, given its niche appeal to its teenage target audience. That said, the association is unlikely to vex non-metal fans in the slightest way. Despite leaning into dark proclamations of death and chunky face paint, Metal Lords is very much a universal coming-of-age story that is more about the high school experience, exploring motifs of friendships, individuality, and self-acceptance.

Admittedly, the themes are overly familiar and have been done with more depth in similar movies like Edge of Seventeen, The Perks of Being a Wallflower, and well, School of Rock. But the journey till the predictable end is at least quite a bit of fun, thanks to the likable cast. Added in-jokes make it all feel fresh enough, especially for the incoming generations of headbangers.

Metal Lords may not earn any accolades for originality or emotional depth, but remains a charming coming-of-age story with a welcome heavier soundtrack.

Metal Lords is now on Netflix. 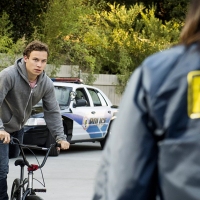 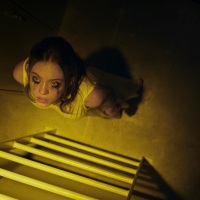