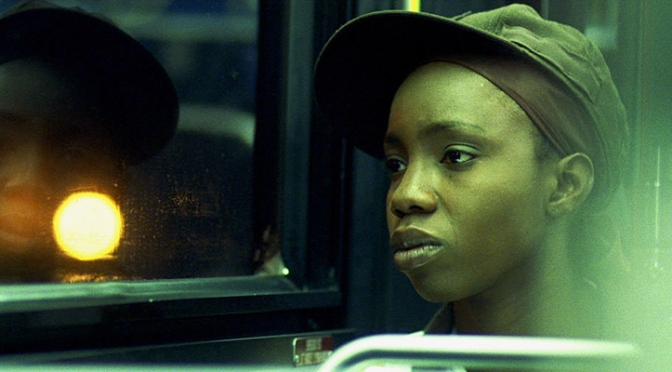 Love in all forms, is love. But in a conservative family, love is instead a dangerous secret. 17-year-old Alike (Adepero Oduye) learns to hide it well. At home, she is the feminine daughter that her God-fearing mother Audrey (Kim Wayans) wants her to be. When night falls, she emulates her openly lesbian best friend Laura (Pernell Walker) and dresses butch, dreaming of her first kiss with another girl.

But Alike finds comfort in neither the femme nor butch identity, and her struggle is in finding her place in the world. This perspective of a black, gay woman comes from an authentic place. Describing Pariah as semi-autobiographical, writer-director Dee Rees tells a powerful coming-out story that hits home with many gay teens.

END_OF_DOCUMENT_TOKEN_TO_BE_REPLACED 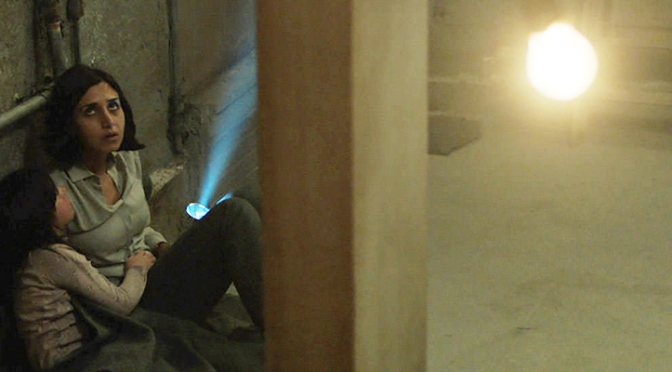 Under The Shadow (dir. Babak Anvari, 2016) – In post-revolution Tehran, Shideh struggles to cope with the terrors of war and a mysterious evil in her home.

Under The Shadow presents an unnerving haunting beyond the supernatural, in which demons manifest in myth, war and personal trials.

It is the 1980s in Tehran. The Iran–Iraq War has left its citizens living in constant fear. Where there is anxiety, the wind blows and the Djinn follows. With her misgivings of the war at large and her personal struggles at hand, Shideh (Narges Rashidi) has left her door for the demon wide open.

It is easy to understand why. She had been on the way to becoming a doctor, when marriage and childbirth halted her dreams. Her husband Iraj (Bobby Naderi) meanwhile casts doubt on her career ambitions, encouraging her full commitment to motherhood to her quiet dismay.

When the time finally comes for her to get back on track, things unexpectedly go south. The Cultural Revolution happens, cutting short Shideh’s education and conscripting Iraj to war.

END_OF_DOCUMENT_TOKEN_TO_BE_REPLACED

Contagion (dir. Steven Soderbergh, 2011) – A new epidemic causes panic across the globe as the Centre for Disease Control work tirelessly towards a cure.

While all too sprawling, Contagion offers a grounded and effective study in the spread of disease and fear.

In face of a worldwide epidemic, connectivity may be the death knell of civilisation. The Internet allows for the unbridled barrage of theories and speculations, in a modern world that places little trust in the mainstream media or even the government administration.

Mitch Emhoff (Matt Damon) witnesses first-hand what rumours can do. After his wife Beth (Gwyneth Paltrow) and son fall victim to the fatal MEV-1, he finds leaving the city an impossible task. Panic, fuelled by false news, has left supply shelves empty and all roads in chaos.

Contagion presents a realistically dire situation in face of a seemingly incurable pandemic, never shying away from the horrors of the stricken. The bleak imagery, especially in death, proves striking.

END_OF_DOCUMENT_TOKEN_TO_BE_REPLACED

Animal Kingdom (by Jonathan Lisco, 2016) – After the death of his mother, 17-year-old Joshua Cody moves in with his relatives for the start of a new, reckless life.

The story begins the same way, with the matriarch adopting her teenage grandson J (Finn Cole) after his mother dies of a heroin overdose. J eases into the shady family business, where his uncle Baz (Scott Speedman) calls the shots. That is until Janine’s eldest son Pope (Shawn Hatosy) returns from prison, looking to regain his hold on the reins.

END_OF_DOCUMENT_TOKEN_TO_BE_REPLACED

iBoy (dir. Adam Randall, 2017) – Left with fragments of his smartphone in his brain, Tom develops powers to manipulate electronics and begins his plan for vengeance.

In the real world, phone bits lodged near your temporal lobe will likely be incapacitating, if not fatal. It is quite fortunate that our victim lives in fiction then. And with an alias like iBoy, it is hard to expect anything less than ludicrous, as the young vigilante takes on the big mission to sweep the seedy corners of London.

That dated pseudonym belongs to Tom (Bill Milner), a brooding teen who witnesses a sexual assault on his classmate Lucy (Maisie Williams) and gets shot in his head. A nasty scar is not all he gets. Phone fragments in his brain render him able to connect remotely to nearby devices. Sort of like a human modem, if you’d like.

END_OF_DOCUMENT_TOKEN_TO_BE_REPLACED

What makes a good movie? Ambition is admirable, yet many grounded stories told with sincerity and purpose captivate all the same. Often, character-driven narratives prove more memorable than most. But whether you prefer the independent scene or big-budget stand-offs, there is something in this list for everyone here.

While I await late releases such as Swiss Army Man and Green Room, here are ten movies that I have seen and loved in 2016.

Living by the rules is not for Tallulah (Ellen Page). The young drifter believes in a free life independent of others, until she is forced to give it up and care for a neglected toddler. In her riveting directorial debut, Sian Heder makes incisive observations about the meaning and sacrifices of motherhood.

Sharply written and well-acted, the moving film takes us well beyond Tallulah’s story. We see unseen pains and unexpected loneliness in the maternal journey, through the different women she meets. All that seriousness finds reprieve in a lovable lead, who keeps spirits up with plenty of good humour.